When I first entered the world of embroidering, I didn’t know about any type of hand embroidery. I just watched the online videos and started sewing. However, my designs were pretty average as I hardly knew about hand embroidery types. But, with time I learned about a few basic types of hand embroidery. But, I knew if I had to excel in the embroidery field I needed to learn about these types.

There are hundreds of hand embroidery types with each having its own function and purpose. Today, I’ll discuss some of the most popular hand embroidery types that have been in use for many centuries and are still highly famous among embroiderers. All of the types which I have discussed in the article are tried and tested and therefore, are based on my personal experience.

Candlewicking is nothing but a whitework embroidery technique as the embroiderer uses white thread on white fabric for stitching. Nowadays, you don’t necessarily have to use white fabric and white threads for Candlewicking. You can use any color but the color of the fabric and the thread must be the same. In this work, the stitches will have to be slightly raised for it to look distinct from others.

Candlewicking forms a unique shape mostly on unbleached muslin or heavy-weight cotton. In this type of work, the embroiderer uses colonial knot stitches which are stronger than french knots. Traditionally, these knots were not cut because it was considered an abnormality. Nowadays, they are cut to give them a modern look.

The threads used for this type of work are mostly unbleached cotton threads. Initially, it was mostly done on bedspreads, pillows, and bridal dresses. In contemporary times, it can be worked on any object.

This is one of the easiest forms of embroidering to learn as it is quick to stitch. This work of embroidery is mostly similar to trapunto quilting.

Shadow work is mostly done on a fabric that is not heavy; the fabric is partly sheer(semi-transparent), meaning that it’s lightweight from which a see-through is prominent. For shadow work, the herringbone stitch is worked subtly on the fabric. Moreover, you can also use other stitches such as eyelet hole stitches, stem stitches, back stitches, satin stitches, and also french knots for your work. You can use voile, organdie, organza, batiste, or these types of fabrics for shadow work.

The embroidery is being done on the backside– upside down– to produce a shadowy effect on the front of the fabric. Any type of thread can be used for this form of embroidery; however, I suggest you use stranded cotton for it produces a better color combination on the fabric. As for the needles. It depends on the type of fabric but I personally used sharp point needles with a large eye as it pierces the fabric easily. They might look to you as a very complicated process but in actuality, it’s really simple to work, you just need to practice a little bit.

Zardozi, also known as the art of Zarai, is one of the most popular embroidery forms in the sub-continental region. This embroidery work is mostly famous in countries like Bangladesh, Nepal, India, and Iran. However, it is also showcased in countries like Dubai during fashion shows as it is considered an integral part of high fashion in those parts of the world.

Zardozi’s literal meaning is “Gold Embroidery.” In this embroidery technique, metallic-bound threads are used for sewing designs and embellishments on the cloth. This is considered a heavy form of embroidery as the material of the design makes the cloth pretty heavy and precious items like diamonds, and jewels are sewn into the fabric. It was first used during the Mughal era in united India.

During the Mughal era, pure gold was heated to form a fine metal thread. The fabric mostly used was silk, satin, and velvet. However, in recent times, the gold is not pure, and therefore the threads aren’t fully metallic as some sort of adulteration is involved during the process. Today, Zardozi is also used on bangles, shoes, cushion covers, and draperies.

This remains one of the most expensive forms of hand embroidery due to its association with gold and silver. Plus, it is also a very difficult skill to conquer as it requires you to create intricate patterns with great delicacy and precision

Counted thread embroidery refers to countation of the fabric threads before you start stitching. It means that you’ll have to calculate the total threads per square inch on the fabric. By calculating the number of threads, the embroiderer becomes aware of the size of stitches that will be used for embroidering on fabric which will, in turn, define the size of the design. This is usually done to produce a symmetrical design whose warp and weft fabric have been spaced equally throughout the design.

In this form of hand embroidery, the embroiderer inserts the needle over the fixed or required number of threads. The fabric type used for this type is mostly even-weave fabric. However, you can also use canvas as it is also smooth and even. It is also considered as one of the simplest and easiest embroidery works that can be done on fabric.

There are many types of stitches you can use for counted thread hand embroidery such as Assisi Embroidery, Spanish Blackwork, Cross Stitch, and many more; it just depends on your comfortability level. However, you have to produce the symmetric stitches in order to be called the design counted thread embroidery.

Outline work is a type of hand embroidery and also a type of machine embroidery. This is the basic form of embroidery in which only the outlines which we call the outer parts or the borders of the design are stitched. The remaining part of the pattern remains unstitched, exhibiting the bare fabric. You can do this type of embroidery with various stitches like chain stitch, outline stitch, and many more. In order to make this type of embroidery work on fabric, you’ll have to stitch from left to right, and you’ll also have to put the thread over the stitching line. You need to keep an eye on thread positioning also because the positioning of the thread will decide the quality of the design.

This is one of the oldest forms of hand embroidery. It was first practiced in the 17th century in England and till now it is regarded as one of the most popular and in-demand embroidery skills. It is considered one of the coolest and toughest forms of embroidery and therefore, it is only performed by experts. Zarosi’s work is a prominent example.

Whitework embroidery is the form of freestyle and counted thread techniques. Whitework embroidery works point towards the embroidery done on the white fabric while using the white thread for the stitching process, meaning that you will have to use the white cloth and white floss for embroidering. Different stitches such as Broderie Anglaise, Hardanger embroidery, and many others are used for whitework. Traditionally during the 15th century, it was used for bridal dresses and christening gowns. Today, it is used for decorating pillows, office dresses, and others apart from bridal dresses and christening gowns.

It’s one of the best embroidery forms that produce elegant and aesthetically pleasing designs. The fabric type that is mostly used for whitework is thin muslin or linen. If you want to know more about the fabric, here is our full guide on the best fabrics for embroidering.

Drawn thread work is a type of counted thread embroidery that is mostly done for ecclesiastical items. It is a form of counted-thread embroidery but it is based on removing threads from the warp or the weft of an even-weave fabric piece. The leftover threads are first bundled so that the design can be embroidered on them.

The fabric is used for drawn thread embroidery linen such as household linens and church linens from which the horizontal or vertical threads (weft or warp) in the linen are cut or removed. Then the decorative stitches and knots are worked over to form the design on the leftover threads. This form of embroidery needs an even-weave fabric. It is often done on white fabric with white threads stitches (whitework embroidery). The removed threads in the fabric are also part of the design as their open spaces make some part of the pattern.

A jacobean embroidery is one of the oldest forms of embroidery pattern that is used for drawing stylized vines, plants, flowers, and other elements related to the jungle such as leaves of the tree and insects on the fabric. It is one of the most difficult types of hand embroidery as it requires high precision. A little step here and there could ruin the whole design. It was named after James I of England; during his tenure, this form of embroidery reached the peak of popularity in the first quarter of the 17th century.

Although it is one of the ancient forms of embroidering, in the contemporary era, it works in 2-ply Appletons Wool on a Linen Twill. Most patterns or designs include floral motifs, animals, birds, and other living things. It only uses two main colors with a little bit of a third color shade to make it more appealing.

In this work, you join squares, triangles, other basic geometry shapes, or some other pieces of fabric which are shaped. The shapes can be formed by quilting and joined by appliqué. However, the patchwork is different from the applique as you don’t have to use a background fabric, like in appliqué.

Fish scale embroidery was one of the most popular forms of embroidery in the nineteenth century during the colonial era of the British. In this embroidery technique, you’ll have to get the fish scales from carp, goldfish, or any other sea fish. The fabric mostly used for fish scale embroidery is silk or satin cloth. The scales used on the fabric are worked in such a way that they form flower petals, bird feathers, and designs that resemble living things.

You can get the scales by scraping them from sea animals (fish). But once you get the scales, you need to follow a process in order to use them: keep the scales in cold water so that they become flexible, and after that, you will have to form two small holes with a needle on the scales.

A Brazilian embroidery is a multidimensional form of embroidery that is deeply textured, as it requires different stitches techniques such as French knots, cast-on stitch, and bullion knots to name a few. . Plus, it is similar to stumpwork. However, there are subtle differences between the two. For example, in the case of Brazilian embroidery, you need to use specific threads such as rayon embroidery floss having a high sheen; whereas, you don’t need special floss for stumpwork.

Related Article: How To Remove Embroidery

These were some of the most popular hand embroidery types. You can also google more if you want to enlighten your mind with other types. If you have any queries, you can comment below and I’ll get back to you. 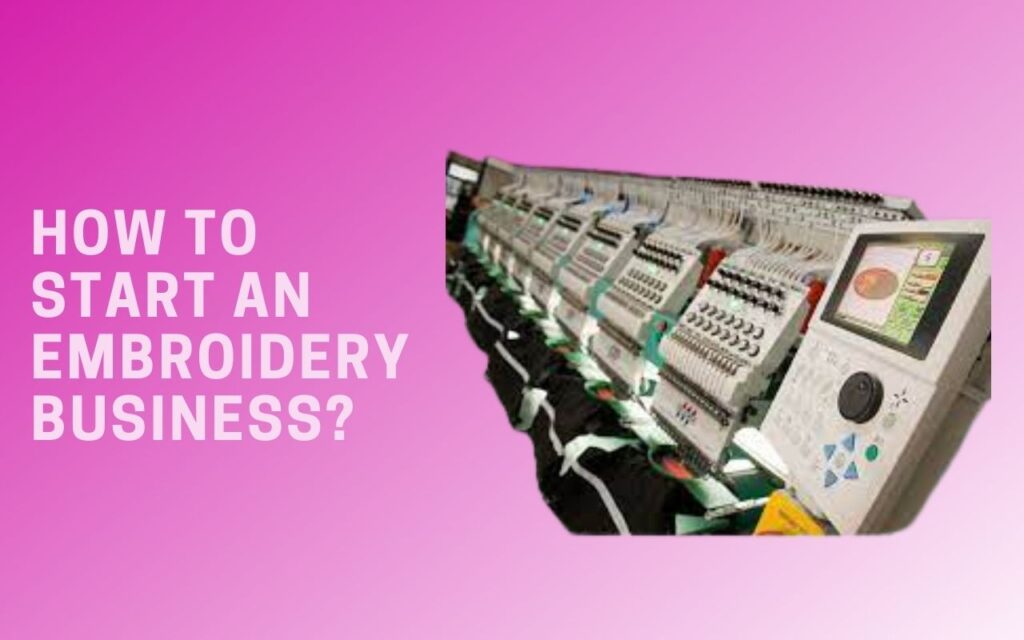 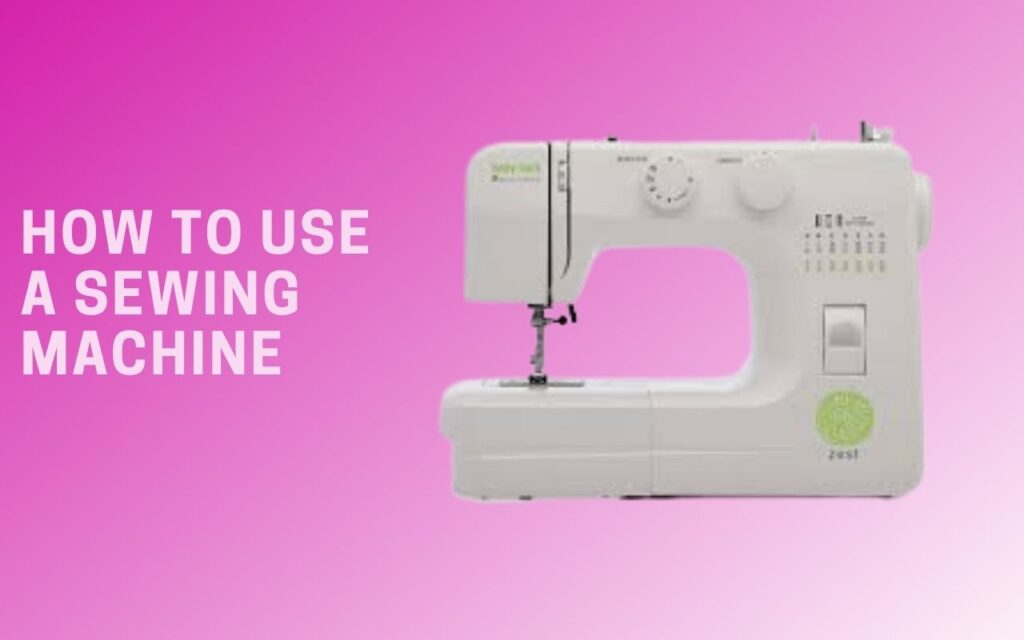 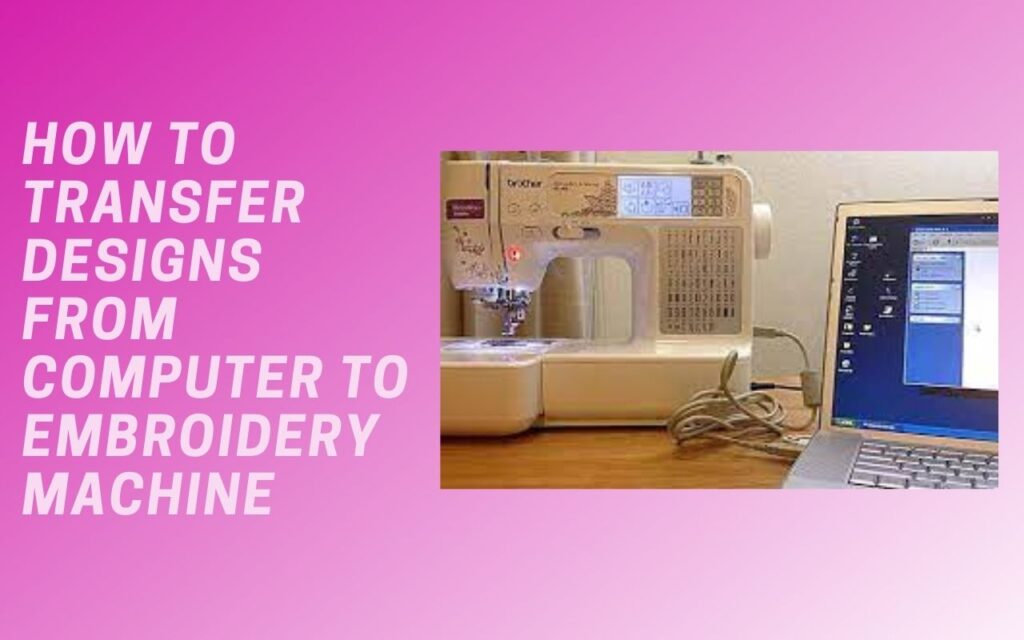 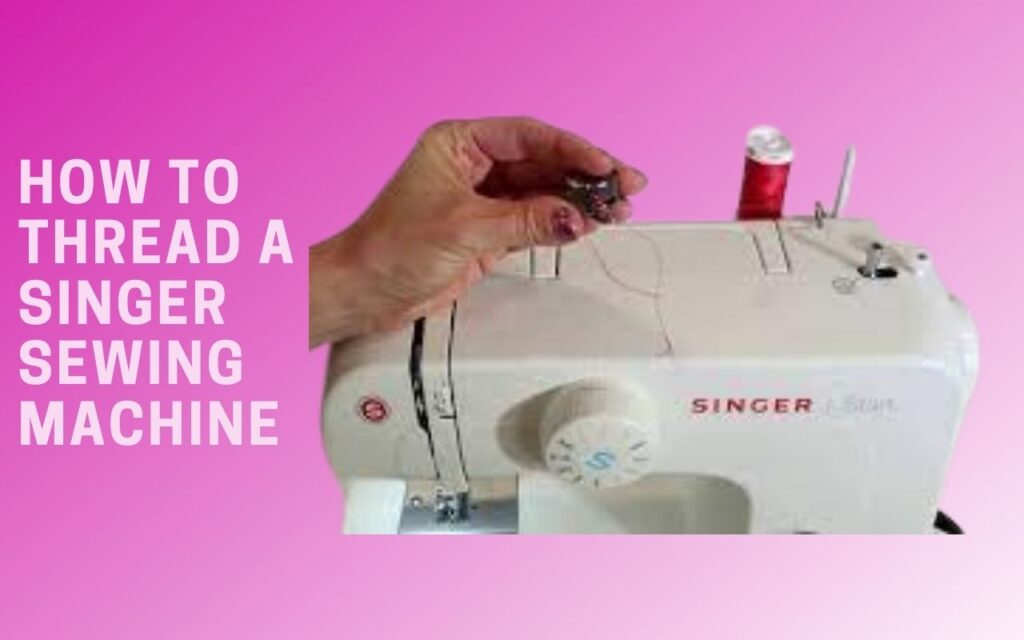